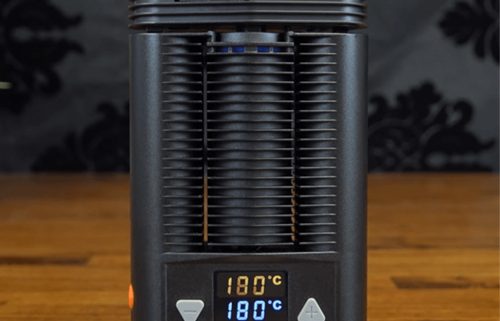 You may be familiar with vaping or come along with vaporizers. Vaporizers are a recent creation, and with them comes a new urban trend that is more likely to stay. Their combination of suitability and convenience in one product ensures that it is a must-have if vaping is your thing. They can be considered as an essential gadget that you can include in your day-to-day activities. This is the gap The Mighty tries to fill. Being a device that fits into your life, they achieve this with their size, sleek design, and portability as it is battery charged.

What is the Mighty Vaporizer?

The Mighty was developed in 2014 by Stork and Bickel. Since then, the company has released a newer version of the same, The Mighty Medic. Both versions have been touted to be a massive success in their respect. However, a few things distinguish the two of them as regards their contents.

Storz and Bickel are a German company focused on developing vaporizers. One of their products Is the Mighty, which will be our focus today. However, the Mighty is simply one of their many inventions. Other vaporizers include The Volcano, The Volcano Hybrid, The Crafty, and the Volcano Medic, to mention a few.

What’s in the box?

The Mighty comes with a bunch of accessories, all of which aim to optimize the experience you have. They include

As mentioned, the mighty is a vaporizer. It’s a product manufactured by Storz and Bickel. It is battery powered meaning that one needs to make use of rechargeable batteries. Once loaded, the device is good to go. It is a handheld device the size of a cell phone. It has an LCD 1×1 screen from which it displays the battery life, the current temperature, and the set temperature. Despite its size, it is not small enough to carry in the pocket comfortably. One would prefer sliding it into a bag or purse.

There is a myriad of devices that can be used to extract this vapor from herbs. However, none stands out like the Mighty.

What Are the Features of The Mighty Vaporizer?

This is where you’ll load ground herbs. Depending on how you load it, the chamber can hold 0.25 – 0.3 grams of herb. In addition to this is a filling aid to help you load your herb in the chamber.

The filling aid is an accessory that comes with the Mighty. It’s attached at the top of the unit. This makes it easy for one to load the bowl in the loading chamber.

In case one wants to load minimal amounts of herb, the Mighty has a provision for this, the dosing capsules. These are small pods that you can put in the chamber. They contain micro amounts of doses, especially when one wants to achieve light effects during a vaping session.

Once loaded up, one should turn on the Mighty and adjust to the desired temperature. Activating the Mighty Vaporizer is by pressing the power button. Different temperatures will provide different vapors depending on the vapes that you want. The user can determine what suits them best.

The mighty uses a hybrid method for heating the herbs. As the name suggests, it is a blend of both convection and conduction methods. The outcome is a consistent dense vapor that does not need stirring to produce. Heating the device takes 1 minute and 30 seconds.

It also features a cooling pad that cools the gadget. This is effective primarily when one seeks to optimize the flavor of the vapor that one wants.

Two buttons on either side of the screen can be used to adjust the temperature. The Mighty 399 allows one to change their temperature from between 105 – 410F. You can do this while You’re vaping.

Unlike other vaporizers, which are rechargeable, the Mighty 399 uses rechargeable batteries, as mentioned earlier. This means that the Mighty 399 is a portable device. One needs to charge their batteries for an optimum experience frequently. Charging the batteries can take a maximum of two hours, with the battery life depends on the device’s use.

The Mighty has enough battery charge to power it for one and a half hours, depending on the temperature one uses. This means that once complete, one can easily have their vaping sessions wherever they feel convenient.

The Mighty medic, on the other hand, has improved its battery power by 20%.

Advantages of The Mighty

Disadvantages of the Mighty

The Mighty Vaporizer isn’t just a vaping device but a way of life. At least, this is what the manufacturers are trying to communicate with their consumers. They see to integrate it into a person’s life by turning it into a gadget with convenience. It’s done through the sleek design and the incorporation of portability by using batteries. The LCD screen display is good at ensuring that The Mighty doesn’t look like some age-old device invented ages ago. Instead, it enhances its look and screams modern if not urban—all a ploy to turn vaping sessions into sweet memorable moments. 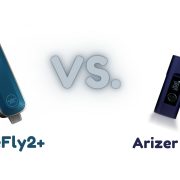 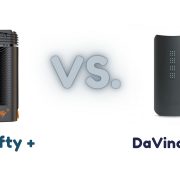 Crafty plus VS. DaVinci iq2 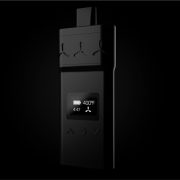 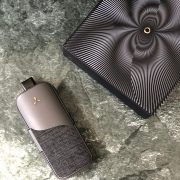 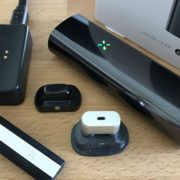 HOW TO USE DRY HERB VAPORIZER